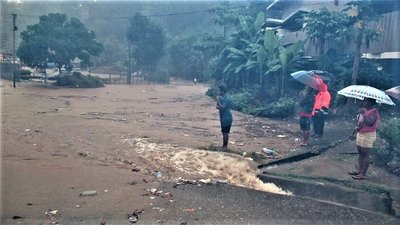 A driving rainstorm today caused flooding ashore and some tour cancellations. The six months of battles here in World War II marked a turning point in the war with the retreat of the Japanese from Guadalcanal. Tours today were to focus on those battlefields and the history of those battles. 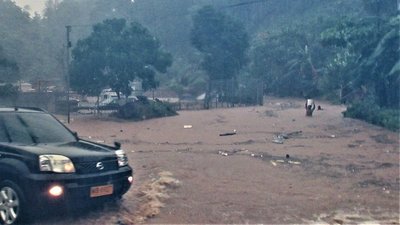 The intrepid few were not deterred by the storm and we were able to go to a few of the sites. 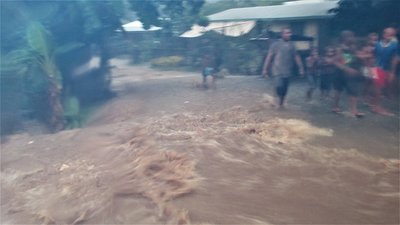 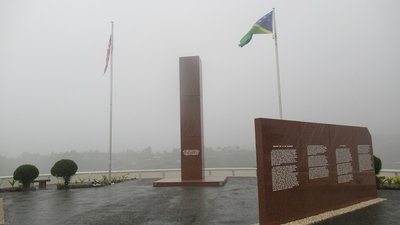 The American War Memorial is on high ground overlooking Honiara. 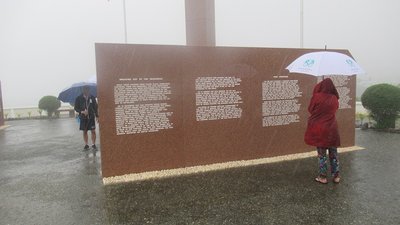 The bitter struggle resulted in the loss of 1200 aircraft, 49 ships and as many as 35,000 American and Japanese men. 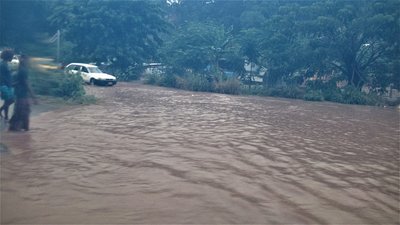 The rains we encountered today made us think of how brutal the conditions were in these jungles for the young men who fought and died here. 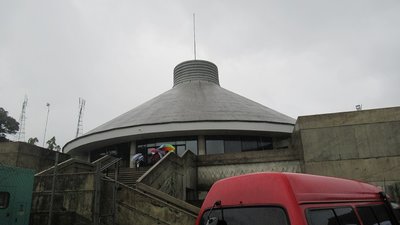 The National Parliament Building (in session today so no tour) 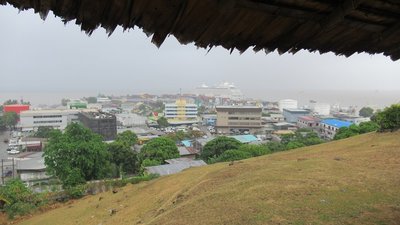 The island is mountainous with many of the roads (which were built during the war) running along the tops of the ridges. 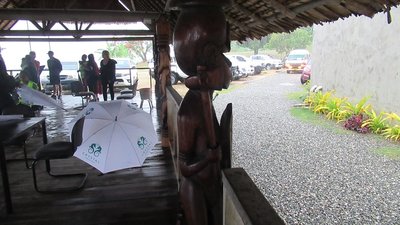 A covered portico outside the Parliament Building 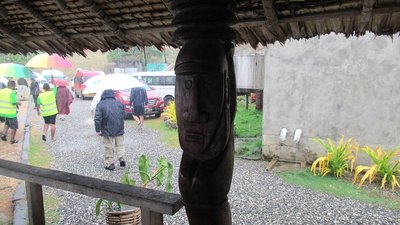 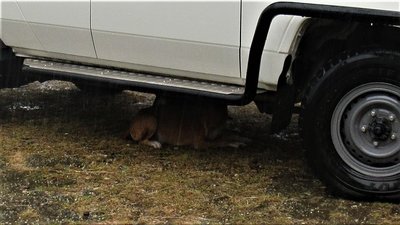 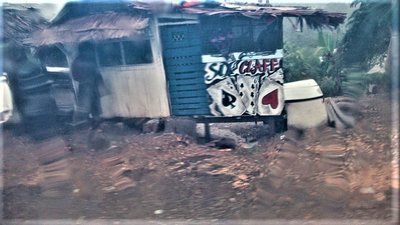 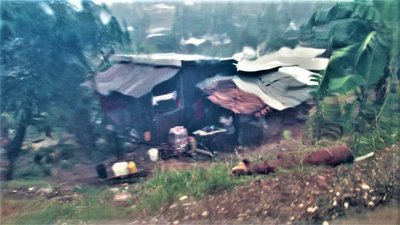 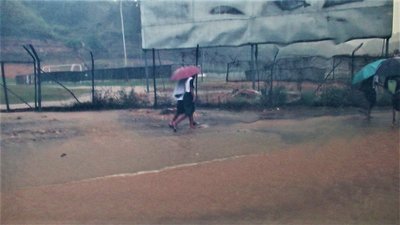 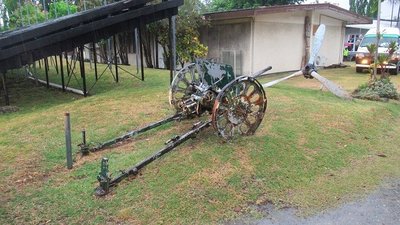 On the grounds of the Solomon Islands National Museum, a reminder of war. 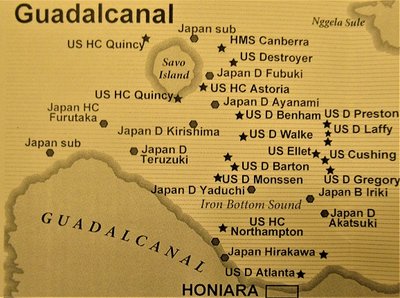 A map showing the ships sunk during the struggles at Guadalcanal