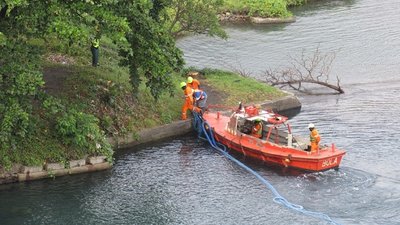 Our afternoon arrival back to Papua New Guinea (or PNG) involved an interesting sequence of men and boats and heavy ropes to securely tie us to the land. 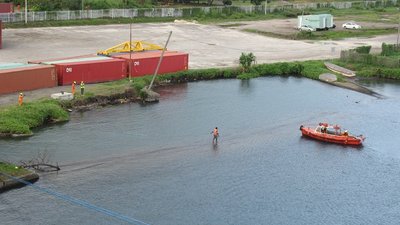 Even in other, more high-tech ports, it all comes down to the efforts of strong dock workers. However, this was the first time we saw one walk on water ?. 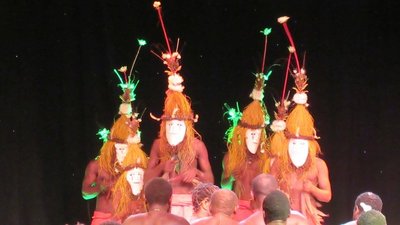 Tribal traditions were demonstrated on the ship that evening by about 30 members of a local tribe. 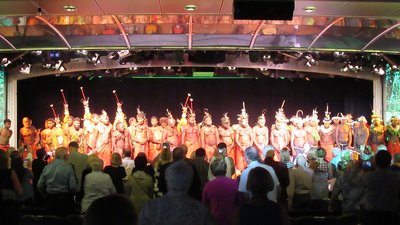 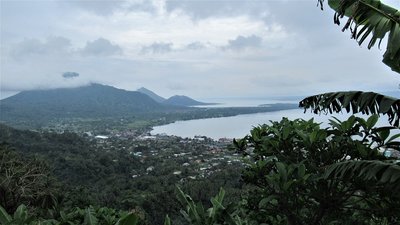 The next morning, we traveled along the North Coast Road and up to the Volcanic Observatory. On the way we drove past part of the network of tunnels the Japanese had caused to be dug during their occupation of the islands. 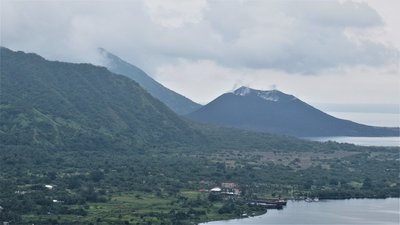 Back in 1994 Mt. Tavurvur and Mt. Vulcan began erupting from opposite sides of the harbor. Rabaul was covered in two feet of ash. This time, everyone had been evacuated. In 1937 an eruption had killed more than 500 people. 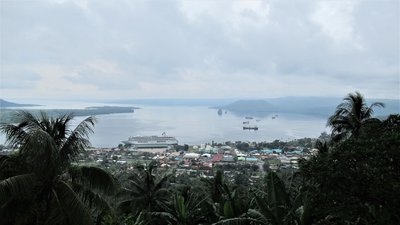 Serenity sat serenely in Simpson Harbor, despite the proximity of the active volcano. 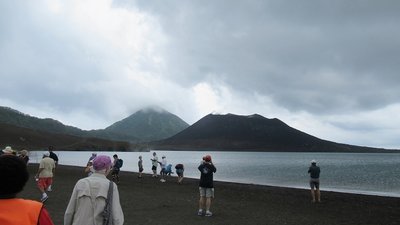 A long drive took us to the Tavurvur Hot Springs. 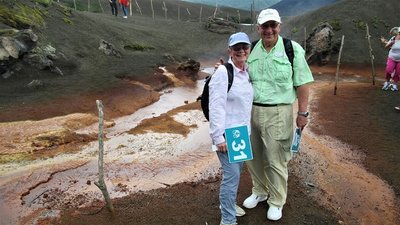 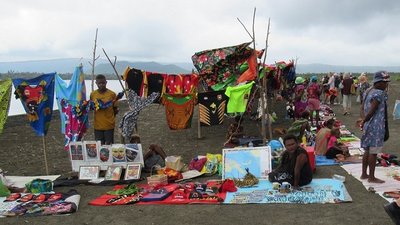 Local people had some customers today, but only moments later heavy rains came down and we scurried back to our waiting vehicles. 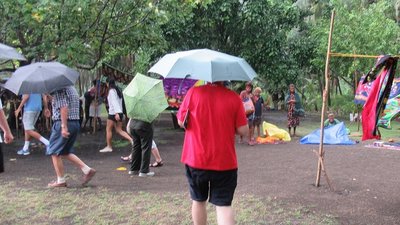 After a muddy drive through thick vegetation we arrived at the former airport. It had been destroyed in the 1994 eruption. 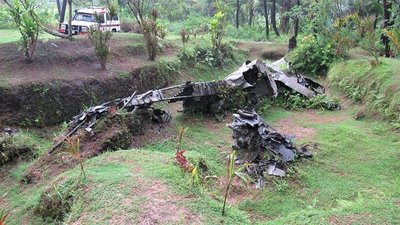 Here, the wreck of a Japanese Plane was the main “attraction”. 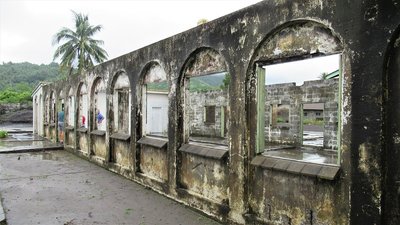 Our final destination was the remains of the old PN Club, now a WW II museum. 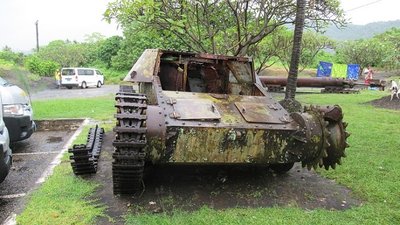 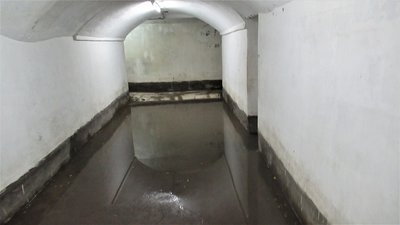 Underground, we walked down into General Yamamoto’s Bunker. He was the Commander-in-Chief of the Japanese Imperial Navy during WW II. 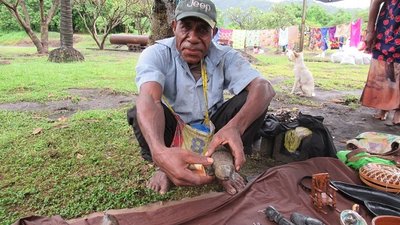 This crocodile is coming home with us. 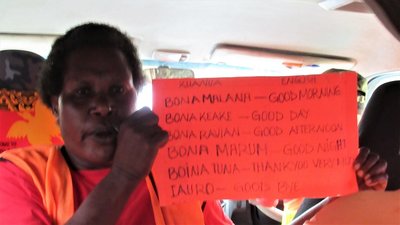 People here live simply, without many of our “essential” modern conveniences. Everywhere we went we were greeted with smiles and waves. Chewing betel nuts, which stains teeth red and is psycho active, is part of their way of life.