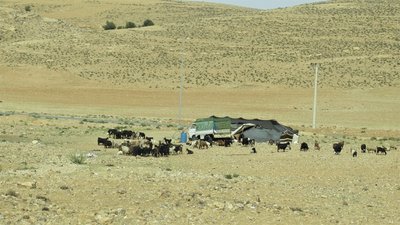 We traveled 2 hours north from the port of Aqaba through the hills and valleys and mountains of Jordan to the ancient city of Petra. In 2007 Petra won 2nd place on the new Seven Wonders of the world contest. 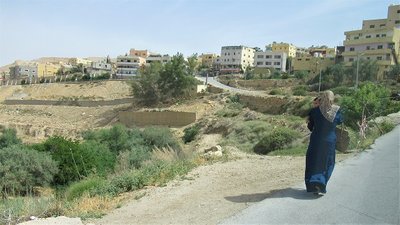 The modern-day city of Petra 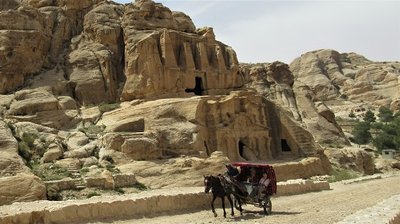 "Gateway to the Siq" - this tomb was carved by the civilization known as the Nabataeans in the 1st century AD. 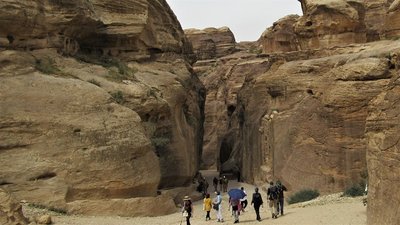 No one knows exactly knows exactly when Petra was built, but it was the wealthy capital of the Nabataean Empire in the 1st century BC. According to historical data, the city has existed since around the 5th century BC. 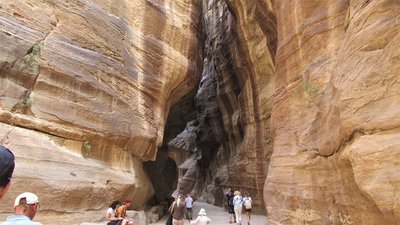 Elaborate tombs were carved into the soft red sandstone. 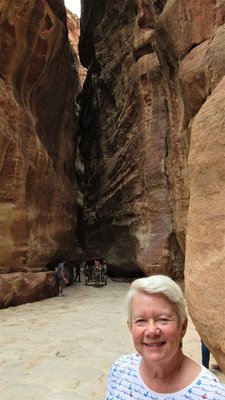 This is the dramatic Siq, which leads to ancient city. The narrow gorge was formed by a natural splitting of the mountains. 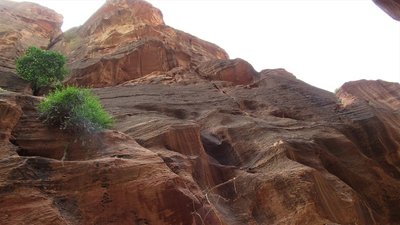 Petra is also known as the Rose City because of the beautiful color of the rock. As civilizations come and go, the city was annexed by the Roman Empire, but then was destroyed by an earthquake 363AD. The city was eventually abandoned. 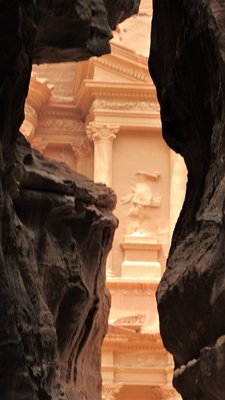 Our first glimpse of the Treasury (remember "Indiana Jones and the Last Crusade"?) 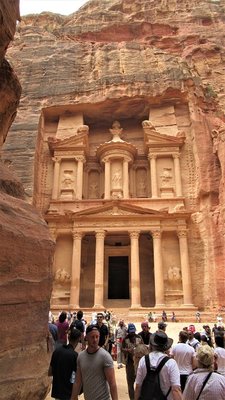 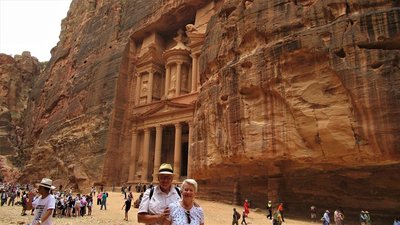 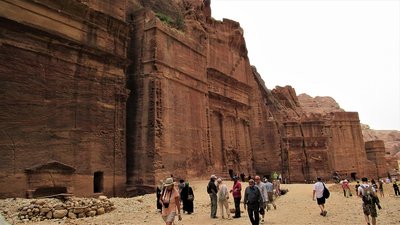 Street of Facades, a row of monumental Nabataean tombs - imagine the excitement of Swiss explorer Johannes Burckhardt when he "rediscovered" Petra! 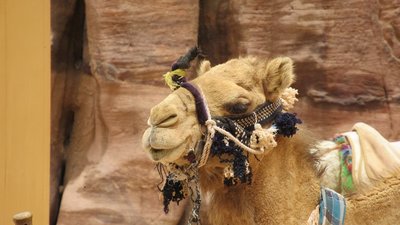 Are you still with me? Trust me, our 600 plus pictures, distilled, cannot begin to convey the magnificence of this place! 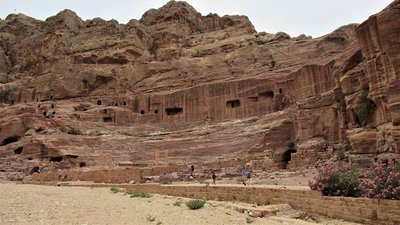 The Theatre is the only one in the world carved right into the side of a mountain. It is at the foot of High Place of Sacrifice. Romans rebuilt the back wall of the stage. 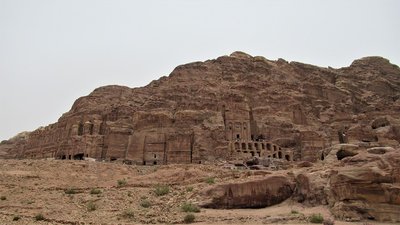 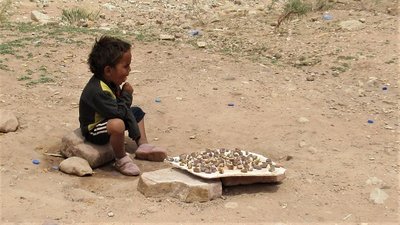 Bedouin sales people come in all shapes, ages and sizes. The tombs and caves where inhabited by Bedu people until they were relocated by the government when Petra was declared a World Heritage site in 1985. 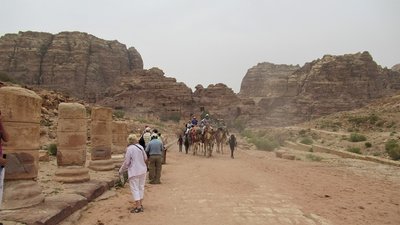 The Colonnaded Street, built by the Nabataeans and later refurbished by the Romans - it was the principle shopping street of the city. 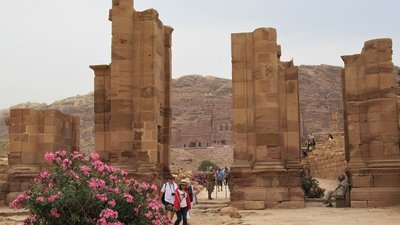 The Great Temple complex believed to have been built by the Nabataeans by the end of the 1st century BC -.....Stay tuned for part 2, this was just our morning!

Posted by Swenigale 06:45 Archived in Jordan