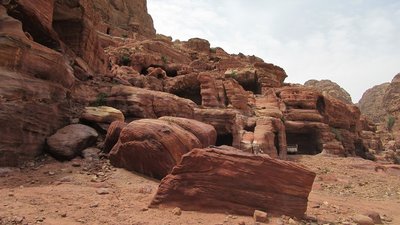 A place to park? Petra is mentioned extensively in the Old Testament. At the time of the Exodus, it was just outside the city of Petra that, tradition says, Moses struck the rock when the Israelites were perishing from thirst in the desert. And, actually, it was because the Nabataeans developed good water management systems that the city thrived for so long. 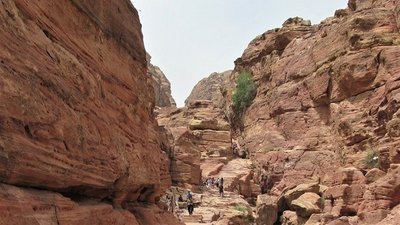 Refreshed after lunch in the Wadi we were ready to climb. 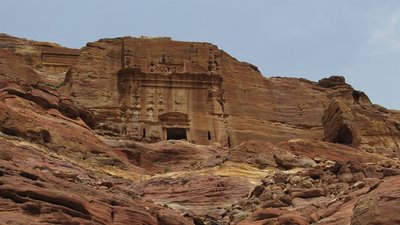 The colors of the sandstone just kept getting more brilliant. 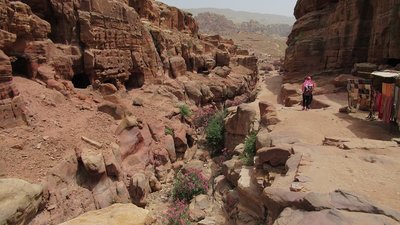 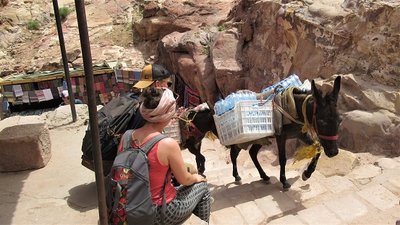 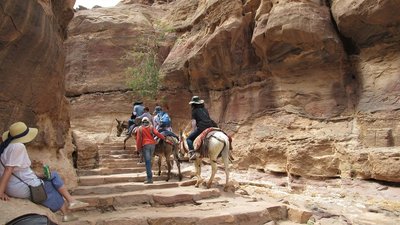 They bring people, too. 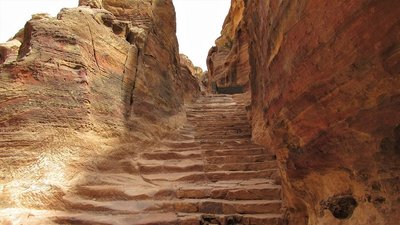 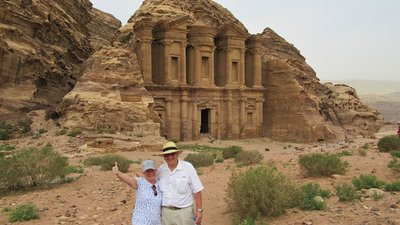 Our goal: Ad Deir, The Monastery, a good 850 “steps” up. This is one of the largest monuments in Petra, built by the Nabataeans in the early 2nd century AD. It was later reused as a Christian Chapel during the Byzantine Era. 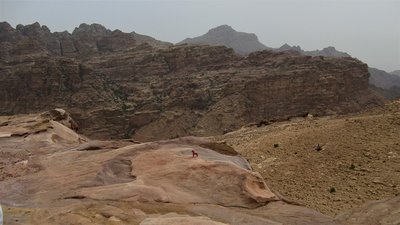 Posing Hästa even higher in the mountains as we looked over the entire Petra basin and the Wadi Araba. 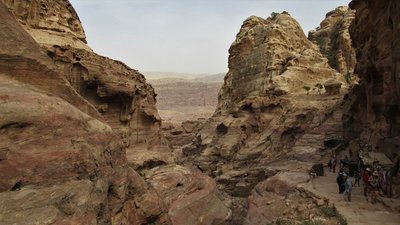 Alas, we must descend. The same way. 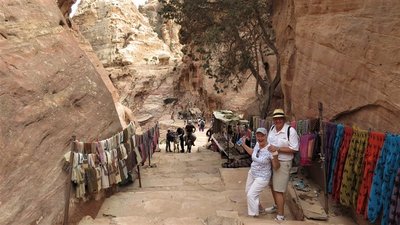 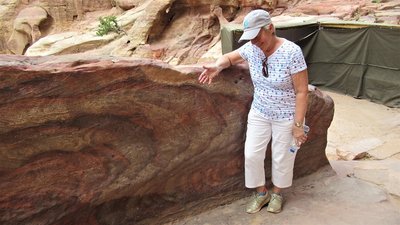 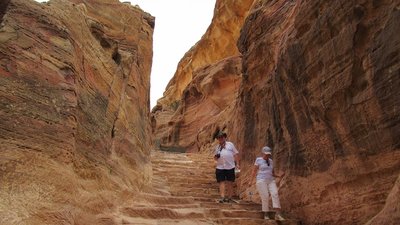 Good friend Jeff Schuett also made the climb. (a couple of pictures are from him.) 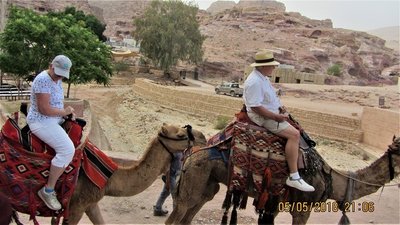 Many more great pictures later, we hitched a ride back to the Treasury. 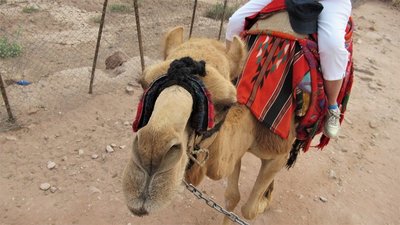 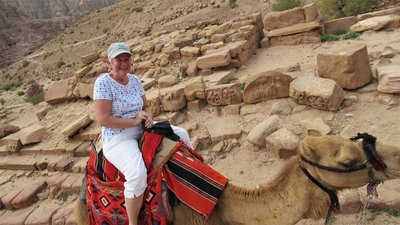 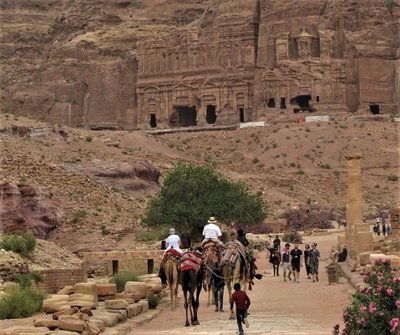 The white shirts – that’s us. Awe. 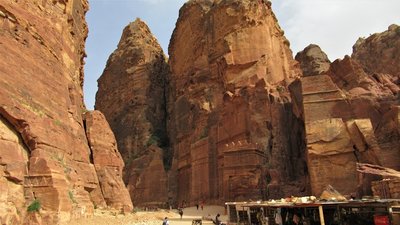 The changing light in the late afternoon 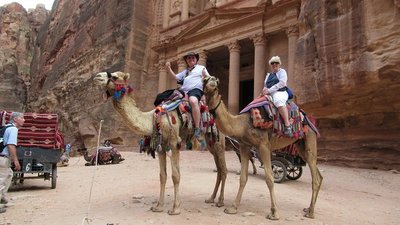 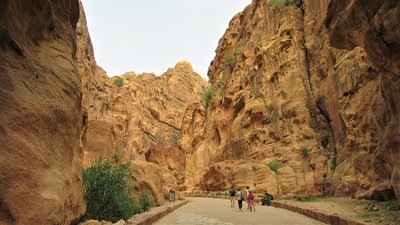 Posted by Swenigale 23:55 Archived in Jordan